Since the release of the groundbreaking documentary “What in the World are They Spraying?”, millions have woken up to the damaging effects from chemtrail/geoengineering programs. As a result, movements around the world are being formed to address these crimes. 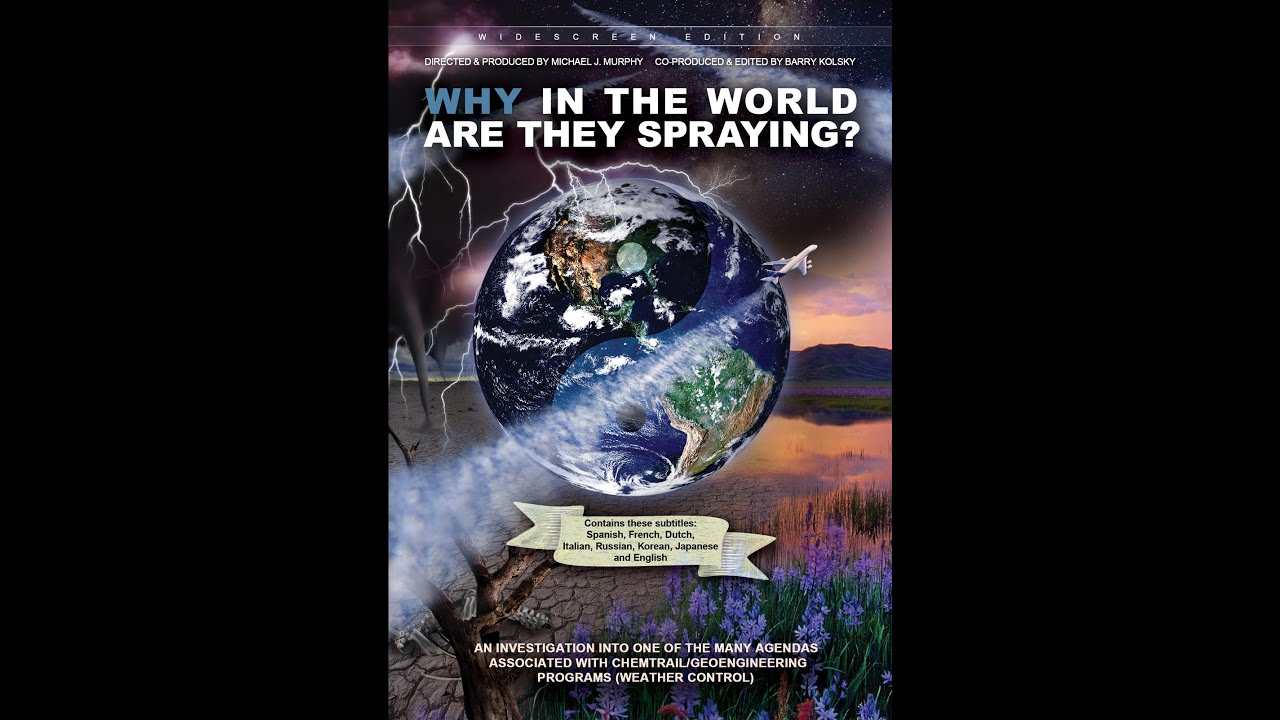 While many who were previously unaware of these programs are now taking action, the question now that is often asked is “Why” is this happening. Michael J. Murphy, Originator and Co-Producer of “What in the World are They Spraying?” in association with Barry Kolsky, is in the process of producing another film titled “Why in the World are They Spraying?” which will answer that question.

What in the World are They Spraying?”

A. prove that we are being sprayed and

B. that these programs are a threat to ecology and human health.

We were successful in our goals as millions are now awakened to these damaging programs and taking action. When investigating any crime, it is important to establish a motive. We believe that investigating the weather control aspect of these programs is not only the most prudent way to wake even more people up but also the next step in illustrating the enormous consolidation of monetary and political power that is obtained by controlling the weather. We also believe that investigating the weather control aspect of this issue is the next important step in moving towards holding the corporations who are behind these damaging programs accountable.

Rice water benefits for the hair and skin in various ways. It helps to decrease the production of dandruff. It promotes hair growth and over a period of time.